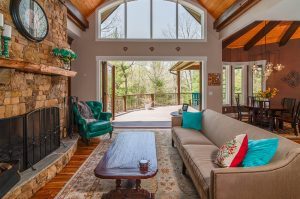 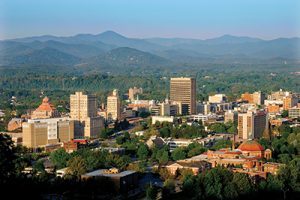 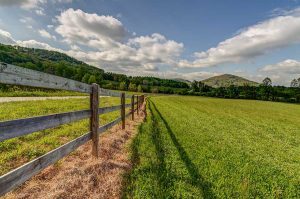 Thinking about moving to our beloved city? Find out more about our unique city before you make the move. We’ve compiled a list of neighborhoods and cities to help you get a better idea of which area is best for you.

Asheville has a lot to offer in terms of outdoor recreation and culture. The city is comprised of many unique neighborhoods and it may take venturing out to a lot of them to find the right fit for you. Whether you’re looking to hire home builders in Asheville, NC or look at existing homes, get a good feel for the diverse neighborhoods at different times and days during the week to help you figure out where you want to land. Each has something a little different to offer.

With a population of 83,000, Asheville is the largest city in western North Carolina. If you include the surrounding counties of Buncombe, Henderson, Haywood, and Madison the population jumps to roughly 455,000 (U.S. Census Bureau).

Our downtown is a lively place with a vibrant culture unique to Asheville. The extremely diverse mix of restaurants, music venues, museums, shops, breweries, culture, and art attract visitors from around the world. There are plenty of locally-owned shops and boutiques and more than 80 independently-owned restaurants if you prefer to shop independent rather than chain stores and restaurants. More than 30 art galleries can be found in and around downtown with many of them in the eclectic and funky River Arts District.

Surrounded by the beautiful Blue Ridge Mountains, Asheville has outdoor activities for everyone ranging from hiking at the DuPont State Recreational Forest to rafting on the French Broad River to biking at the Biltmore Estate. Take a short drive and you’ll find more than 3,000 miles of free hiking trails in the Appalachian Scenic Trail, Great Smoky National Park, Pisgah National Forest and Nantahala National Forest. This list of Top 75 Hikes Near Asheville at Romaticasheville.com is a great resource to find hikes that match your skill and ability.

East Asheville is a diverse area that includes the Chunns Cove, Haw Creek and Oakley neighborhoods. It features established craftsman and bungalow homes with areas of new home subdivisions mixed in.

West Asheville is currently an extremely popular area to live and is within close proximity to downtown Asheville.  It’s walkable for the most part and features many locally-owned shops, restaurants, breweries, consignment and vintage boutiques.

Drive fifteen minutes north of Asheville and you’ll find Weaverville where there’s a small town feel and friendly faces that know one another. It’s a rapidly growing area that features a mix of big box stores and independently-owned shops and restaurants.

South of Asheville is Hendersonville, NC. Hendersonville has a charming downtown that features 100 shops including boutiques, galleries, antique stores and 25 restaurants with cuisine ranging from BBQ to Thai. It is the second largest downtown in western North Carolina.

If you venture further out to Haywood, Henderson, Madison or Transylvania county you’ll find beautiful areas and many charming, small mountain towns with their own unique cultures.

Asheville attracts many retirees and people who build homes or buy vacation cabins or retreats. Our city’s list of accolades is consistently growing and lures tourists in record numbers every year. Our growing city has been recognized by various magazines, websites, television shows and publications for many years. The list below was compiled by Explore Asheville.

FlipKey, a TripAdvisor company, named Asheville as one of the “25 Best Pet-Friendly Vacations In America” (February 2018)

Condé Nast Traveler named Asheville as one of The Best Small Cities in the U.S.  (October 2017)

Expedia listed Asheville as one of The 12 Best Music Towns in the Nation. (September 2017)

Southern Living selected Asheville as one of its “15 Southern Cities All Food Lovers Should Visit Now.” (August 2017)

CarRentals.com included Asheville in a round-up of the “20 Most Unique Cities to Visit in Your 20s.” (July 2017)

Asheville was recognized as one of Travel + Leisure’s “Top 15 Cities in the United States.” (July 2017)

Asheville’s music scene was recognized by SmarterTravel.com, making its “9 Best Destinations for Music Lovers” list (the only U.S. destination to do so). (June 2017)

TripAdvisor.com placed Asheville among its “20 Best Summer Vacations in America to Fit Your Budget.” (May 2017)

Asheville was featured on Expedia’s Viewfinder blog as a “Top-Rated Vacation Destination in North America.” (April 2017)

FlipKey.com, a company of TripAdvisor, recognized Asheville on its list of “Six ‘Hidden Gem’ Spring Break Destinations to Explore in 2017.” (March 2017)

Tasting Table picked Asheville for its round-up of “The 7 Under-the-Radar Cities You Must Visit This Year.” (January 2017)

Asheville was included on lists of “The 17 Best Places to Travel in 2017” by both Harper’s Bazaar and Esquire. (January 2017)

Travel + Leisure selected Asheville as one of the “18 Best Cities in America for Solo Travelers.” (January 2017)

Travelocity.com included Asheville on its list of “Festive Favorites: The Top 15 Cities for Seasonal Brews.” (November 2016)

VacationIdea.com featured Asheville among its “25 Best Places to Visit in North Carolina.” (November 2016)

Readers of Condé Nast Traveler picked Asheville as #10 among “The Best Small Cities in the U.S.” (October 2016)

Asheville was among TripstoDiscover.com’s “Most Beautiful Small Towns to Visit in the U.S.” (August 2016)

Readers of Condé Nast Traveler again voted Asheville #7 among “The 2016 Friendliest Cities in the U.S.” (August 2016)

In a poll conducted by American Craft Week, Asheville came in at #7 on a list of “America’s Top 10 Towns for Craft Lovers.”(July 2016)

Asheville was included as one of “10 Small Cities With World-Class Food Scenes” by THRILLIST. (June 2016)

Asheville made Condé Nast Traveler’s round-up of “Where to Find the Best Beer in the World.” (April 2016)

Fortune ranked Asheville among its “Best New Cities for Beer Lovers” after a survey of those in the industry. (March 2016)

Asheville’s The Orange Peel made the cut for Matador Network’s list of “7 Places to See Incredible Live Music in North Carolina.” (March 2016)

Asheville was considered one of the “Best Cities to Visit While Vacationing Solo” by AFAR deputy editor Jennifer Flowers during an appearance on CBS This Morning: Saturday. (March 2016)

Travel + Leisure featured Asheville at #11 on its list of “The Best Cities in North America.” (February 2016)

U.S. News & World Report put Asheville on its round-up of the “Best Foodie Destinations in the USA.” (February 2016)

Asheville topped the list of “The Coziest Cities in America,” as reported by Elle Decor following a third-annual study sponsored by Honeywell Heaters. (February 2016)

Budget Travel named Asheville among its “Where to Go in 2016” destinations. (January 2016)

Expedia Viewfinder picked Asheville as one of the “Best Cities for Keeping Your Resolutions,” specifically to “spend more quality time with family and friends.” (January 2016)

If you’re considering a move to Asheville and not sure whether to build or buy and renovate, give us a call at (828) 274-4448. We are the premier, most-trusted home builders in Asheville, NC. Our quality craftsmanship and superb customer service make us a dependable partner during the home building or home remodeling process. We’ve built new Asheville homes in most areas in and surrounding Western North Carolina. Many of our home building clients come back to use to remodel and build again. They understand how important quality and good communication is during home building.